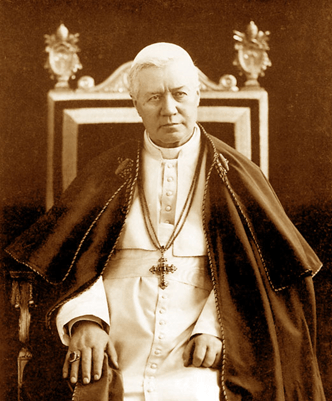 In 1895 Pope Leo XIII, in his Brief Providae Matris, recommended the introduction of a Week of Prayer for Christian Unity in the week before Pentecost. Two years later, in his encyclical Divinum illud munus, the Pope spoke of a prayer in which he asked that the good of Christian unity might mature.

When the Society of the Atonement, born in the Episcopal Church of the United States, became a member of the Catholic Church, Pope Pius X gave his official blessing to the January Week of Prayer in 1909. Benedict XV supported it and introduced it permanently into the Catholic Church. Pius XI also promoted it and Pius XII, in his encyclical Mystici Corporis (1943) reiterated that, following the example of Christ, he would pray for the unity of the Church. 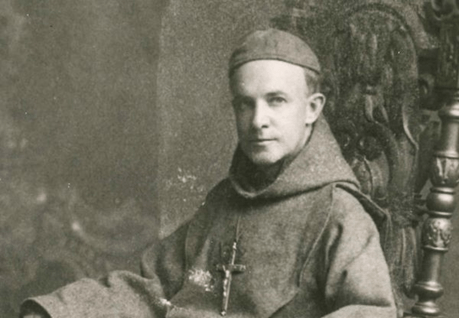 (The Servant of God Fr Paul Wattson (1863-1940), founder of the Congregation of Franciscan Friars and Sisters of the Atonement)

The Government Council of the Grand Bailiwick of Sicily of the Order of St. Lazarus of Jerusalem, faithful to its ecumenical vocation, has decided to establish a prize for interdenominational theology, consisting of a sum of money, which will be awarded every year at the Archbishop’s Palace in Monreale.

The Pontifical Lateran University in Rome is the only university that currently awards academic degrees in Interfaith Theology.

The Grand Bailiff has accepted the request of the Order’s Chaplain Major and Grand Ecclesiastical Prior, Monsignor Michele Pennisi, Archbishop of Monreale, to disseminate the academic course in Interchurch Theology among the Order’s members worldwide, inviting all those interested to register by 31 October 2021, thus confirming its charisma of promoting Christian unity.

The course will be conducted electronically, including the examinations, and in various languages, and will also be available on demand without time constraints.

The study programme in Italian, English and Spanish can be downloaded by clicking on the button at the bottom of the news.